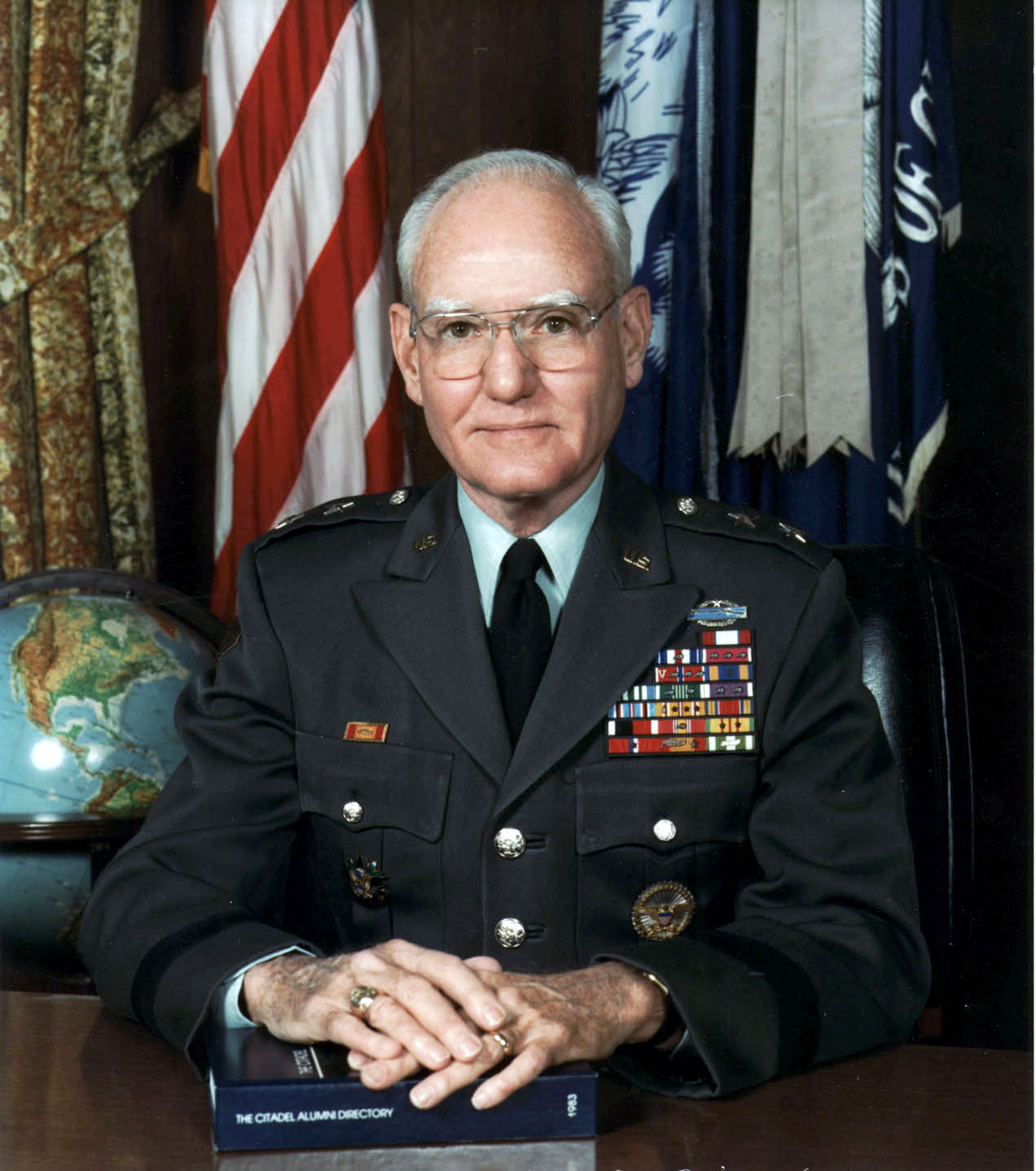 General Grimsley was born in Florence, SC on November 14, 1921. He graduated in 1942 from The Citadel and was commissioned 2nd Lieutenant in the US Army.

His career spanned thirty-three years and included combat service in WWII and Vietnam. With assignments spread equally among troop duty and senior level staff positions, he advanced through the grades to Major General and completed his career as the Director of Security Assistance Plans and Policy in the Office of the Secretary of Defense.During his active duty career, he received thirty-five major decorations, including Two Silver Star medals for gallantry in Action; four Bronze Star medals for Valor; four Legion of Merit awards; and three Purple Heart medals.

General Grimsley retired from the US Army in September 1975 to accept the position of Vice President of Administration and Finance at The Citadel. In 1980, he was named the 16th President of the military college where he served until his retirement on June 30, 1989. At that time, the Board of Visitors named him President Emeritus, a designation previously given only to General Charles P. Summerall and General Mark W. Clark.

During General Grimsley's tenure, the traditional standards of leadership and discipline of the Corps of Cadets were reestablished. Academic programs and faculty quality were strengthened, bringing national recognition. Major physical plant improvements were completed, with others initiated for accomplishment in the early 1990's.